It has been fascinating to watch the tide of application containerization build from stateless cloud native web applications to every type of data-centric workload. These workloads include high performance computing (HPC), machine learning and deep learning (ML/DL), and now most major SQL and NoSQL databases. As an example, I recently read the following Dell Technologies knowledge base article: Bare Metal vs Kubernetes: Distributed Training with TensorFlow.

In the case of comparing bare metal with Kubernetes, distributed training with TensorFlow performance was measured in terms of throughput. That is, we measured the number of images per second when training CheXNet. Five tests were run in which each test consecutively added more GPUs across the bare metal and Kubernetes systems. The solid data points in Figure 2 show that the tests were run using 1, 2, 3, 4, and 8 GPUs. 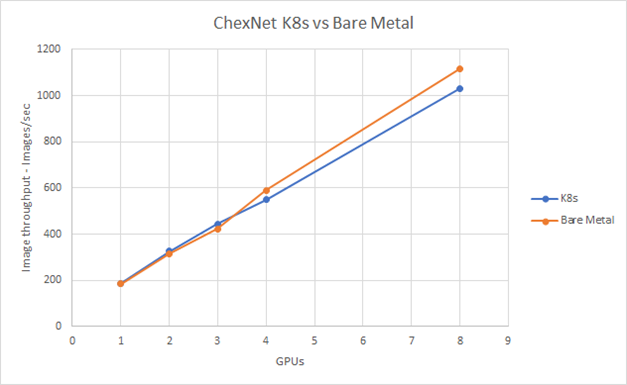 Figure 2 shows that the Kubernetes container configuration was similar in terms of performance to the bare metal configuration through 4 GPUs. The test through 8 GPUs shows an eight percent increase for bare metal compared with Kubernetes. However, the article that I referenced offers factors that might contribute to the delta:

Studies like this are useful because they provide performance insight that customers can use. I hope we see more studies that encompass other workloads. For example, a study about Oracle and SQL Server databases in containers compared with running on bare metal would be interesting. The goal would be to understand how a Kubernetes ecosystem can support a broad ecosystem of different workloads.

Robin Systems has a most excellent platform that is well suited to simultaneously running a mix of workloads in a containerized environment.  Containers offer isolation of varied software stacks.  Kubernetes is the control plane that deploys the workloads across nodes and allows for scale-out, adaptive processing.  Robin adds customizable templates and life cycle management to the mix to create a killer platform.

AI which includes the likes of machine learning for things like scikit-learn with dask, H2o.ai, spark MLlib and PySpark along with deep learning which includes tensor flow, PyTorch, MXNET, keras and Caffe2 are all things that can be run simultaneously in Robin.   Nodes are identified by their resources during provisioning for cores, memory, GPUs and storage.

Cultivated data pipelines can be constructed with a mix of components.  Consider a use case with ingest from kafka, store to Cassandra and then run spark MLlib to find loans submitted from last week that will be denied.   All that can be automated with Robin.

The as-a-service aspect for things like MLops & AutoML can be implemented with a combination of Robin capabilities and other software to deliver a true AI-as-a-Service experience.

Nodes to run these workloads on can support disaggregated compute and storage.  Some sample servers might be a combination of Dell PowerEdge C6520s for compute & R750s for storage.  The compute servers are very dense and can run four server hosts in 2U offering a full range of Intel Ice Lake processors.  For storage nodes the R750s can have onboard NVMe or SSDs (up to 28).   For the OS image a hot swappable m.2 BOSS card with self-contained RAID1 can be used for Linux with all 15G servers. 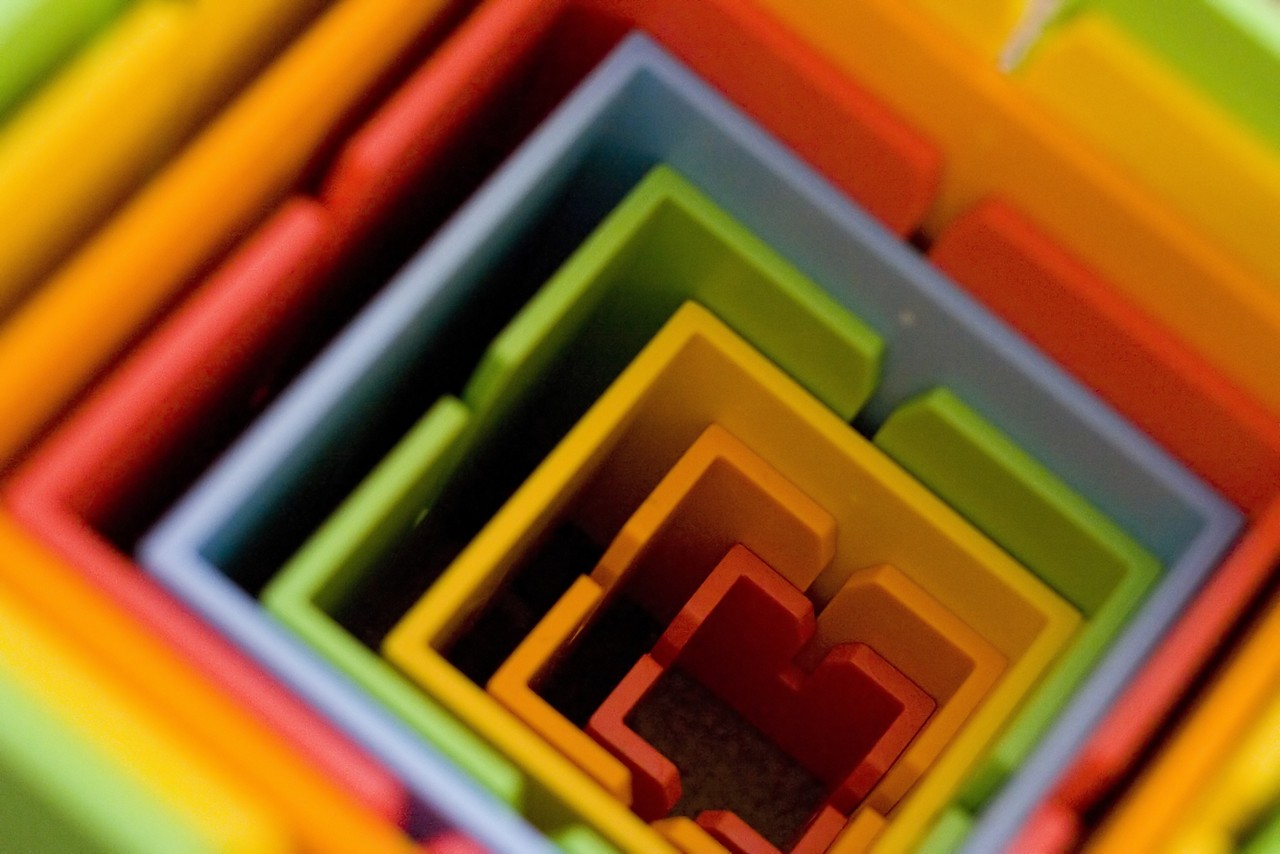 High Performance Computing (HPC), in which clusters of machines work together as one supercomputer, is changing the way we live and how we work. These clusters of CPU, memory, accelerators, and other resources help us forecast the weather and understand climate change, understand diseases, design new drugs and therapies, develop safe cars and planes, improve solar panels, and even simulate life and the evolution of the universe itself. The cluster architecture model that makes this compute-intensive research possible is also well suited for high performance data analytics (HPDA) and developing machine learning  models. With the Big Data era in full swing and the Artificial Intelligence (AI) gold rush underway, we have seen marketing teams with their own Hadoop clusters attempting to transition to HPDA and finance teams managing their own GPU farms. Everyone has the same goals: to gain new, better insights faster by using HPDA and by developing advanced machine learning models using techniques such as deep learning  and reinforcement learning. Today, everyone has a use for their own high-performance computing cluster. It’s the age of the clusters!

Unfortunately, cluster sprawl has taken over our data centers and consumes inordinate amounts of IT resources. Large research organizations and businesses have a cluster for this and a cluster for that. Perhaps each group has a little “sandbox” cluster, or each type of workload has a different cluster. Many of these clusters look remarkably similar, but they each need a dedicated system administrator (or set of administrators), have different authorization credentials, different operating models, and sit in different racks in your data center. What if there was a way to bring them all together?

That’s why Dell Technologies, in partnership with Intel, started the Omnia project.

The Omnia project is an open-source initiative with a simple aim: To make consolidated infrastructure easy and painless to deploy using open open source and free use software. By bringing the best open source software tools together with the domain expertise of Dell Technologies' HPC & AI Innovation Lab, HPC & AI Centers of Excellence, and the broader HPC Community, Omnia gives customers decades of accumulated expertise in deploying state-of-the-art systems for HPC, AI, and Data Analytics – all in a set of easily executable Ansible playbooks. In a single day, a stack of servers, networking switches, and storage arrays can be transformed into one consolidated cluster for running all your HPC, AI, and Data Analytics workloads.

Omnia’s design philosophy is simplicity. We look for the best, most straightforward approach to solving each task.

Before we go through the process of building something from scratch, we will make sure there isn’t already a community actively maintaining that toolset. We’d rather leverage others' great work than reinvent the wheel.

Omnia’s contribution philosophy is inclusivity. From code and documentation updates to feature requests and bug reports, every user’s contributions are welcomed with open arms. We provide an open forum for conversations about feature ideas and potential implementation solutions, making use of issue threads on GitHub. And as the project grows and expands, we expect the technical governance committee to grow to include the top contributors and stakeholders from the community.

Omnia is just getting started. Right now, we can easily deploy Slurm and Kubernetes clusters from a stack of pre-provisioned, pre-networked servers, but our aim is higher than that. We are currently adding capabilities for performing bare-metal provisioning and supporting new and varying types of accelerators. In the future, we want to collect information from the iDRAC out-of-band management system on Dell EMC PowerEdge servers, configure Dell EMC PowerSwitch Ethernet switches, and much more.

What does the future hold? While we have plans in the near-term for additional feature integrations, we are looking to partner with the community to define and develop future integrations. Omnia will grow and develop based on community feedback and your contributions. In the end, the Omnia project will not only install and configure the open source software we at Dell Technologies think is important, but the software you – the community – want it to, as well! We can’t think of a better way for our customers to be able to easily setup clusters for HPC, AI, and HPDA workloads, all while leveraging the expertise of the entire Dell Technologies' HPC Community.

Omnia is available today on GitHub at https://github.com/dellhpc/omnia. Join the community now and help guide the design and development of the next generation of open-source consolidated cluster deployment tools!