PowerStore CSI driver and Unity XT CSI driver are storage providers for Kubernetes that provide persistent storage for containers. Many containerized workloads, such as databases, often require storing data for a long period of time. The data also needs to follow the containers whenever they move between the Kubernetes nodes. With Dell CSI drivers, database applications can easily request and mount the storage from Dell storage systems as part of the automated workflow. Customers also benefit from the advanced data protection and data reduction features of Dell storage systems.

Rancher is a high-performing open-source Kubernetes management platform. For those who operate and manage multiple Kubernetes clusters across on-premises and in the cloud, Rancher is an attractive solution because of its powerful features that unify the management and security of multiple Kubernetes clusters. Rancher can deploy and manage clusters running on on-premises infrastructure, such as VMware vSphere and on cloud providers such as Azure AKS, Google GKS, and Amazon EKS. Rancher also enhances and simplifies security with centralized user authentication, access control, and observability. The integrated App Catalog provides easy access to third-party applications and simplifies the deployment of complex applications.

The benefits of deploying Dell CSI drivers through the Rancher App Catalog are:

How to deploy the CSI driver in Rancher

Let me show you a simple deployment of the CSI driver in Rancher here.

NOTE: Dell CSI drivers are regularly updated for compatibility with the latest Kubernetes version. Keep in mind that the information in this article might change in future releases. To get the latest updates, check the documentation on the Dell Github page (https://dell.github.io/csm-docs/docs).

1.  First, review the requirements of the CSI driver. On the Rancher home page, click on a managed cluster. Then, on the left side panel, go to Apps > Charts. In the filter field, enter dell csi to narrow down the results. Click on the CSI driver you want to install. The install page displays the driver’s readme file that describes the overall installation process and the prerequisites for the driver. Perform all necessary prerequisite steps before moving on to the next step.

These prerequisites include, but are not limited to, ensuring that the iSCSI software, NVMe software, and NFS software are available on the target Kubernetes nodes, and that FC zoning is in place.

You can optionally define the Container Resource Limit if desired. 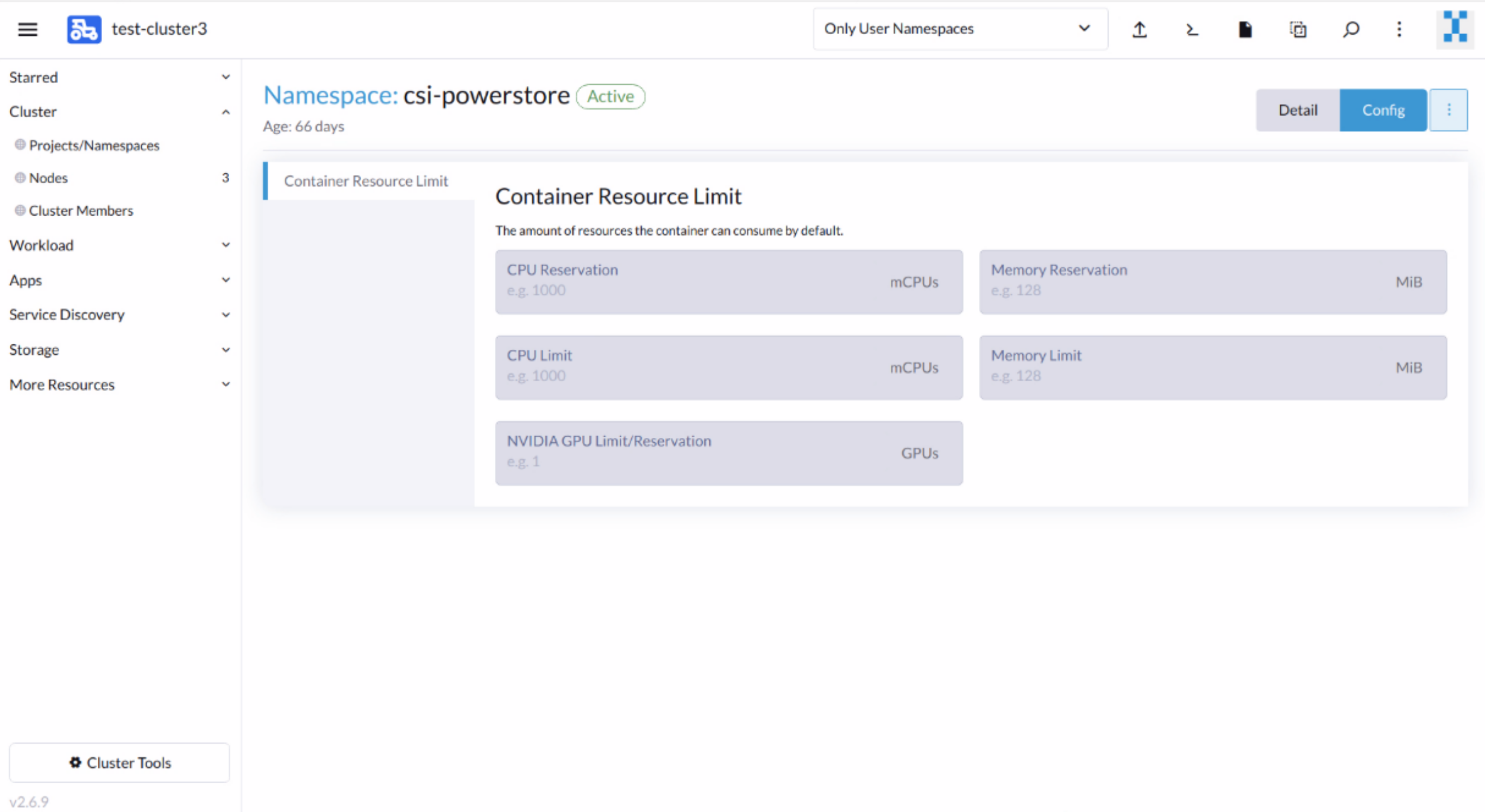 3.  The CSI driver requires the array connection and credential information. Create a secret to store this information for the storage systems. On the left side panel, go to Cluster > Storage > Secrets. 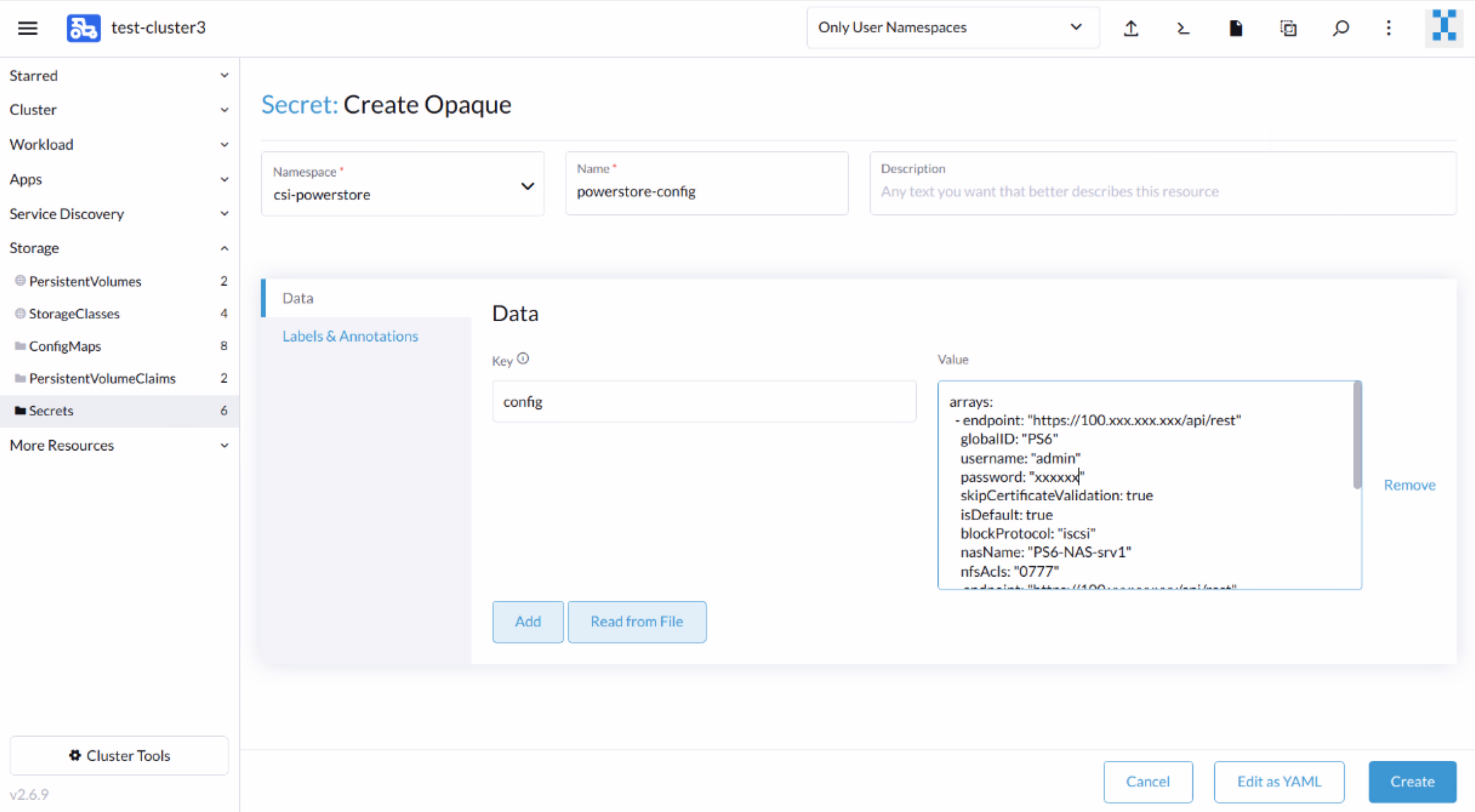 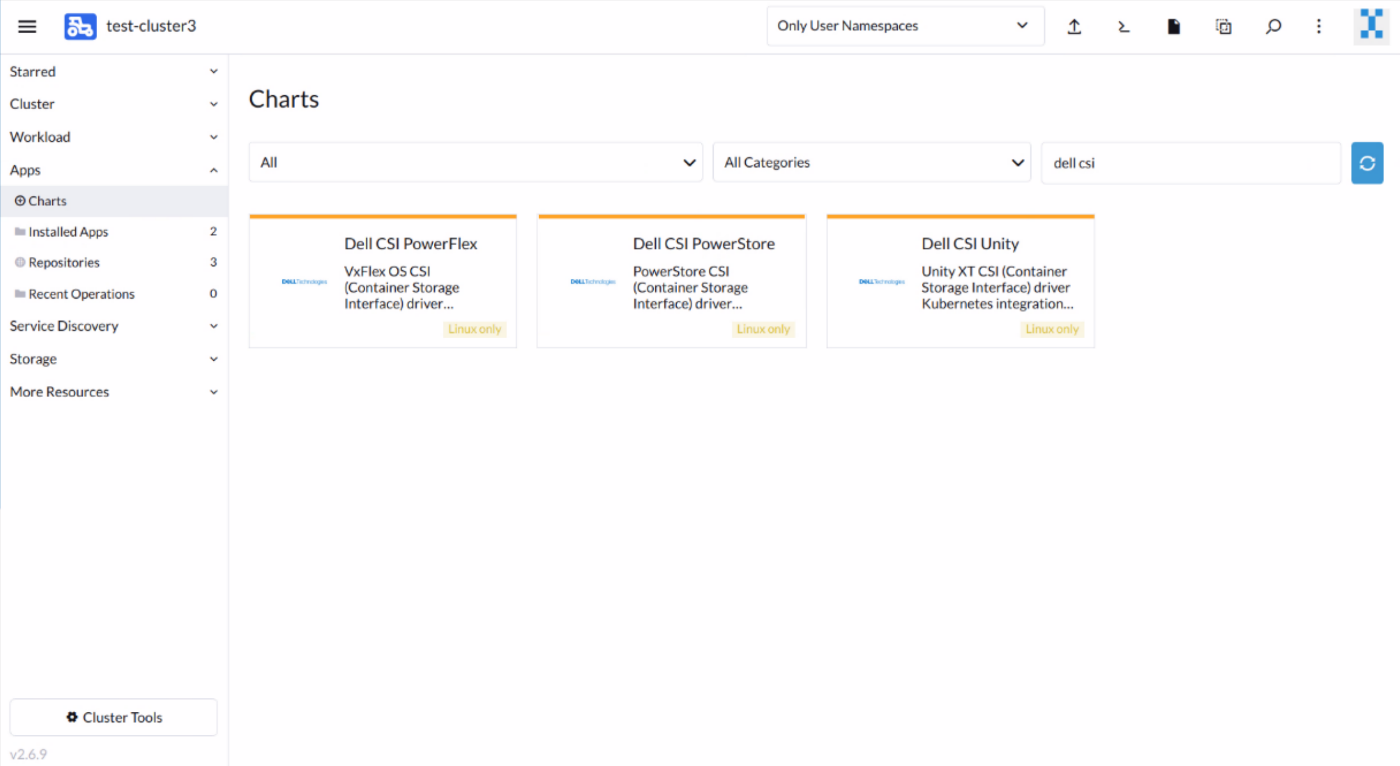 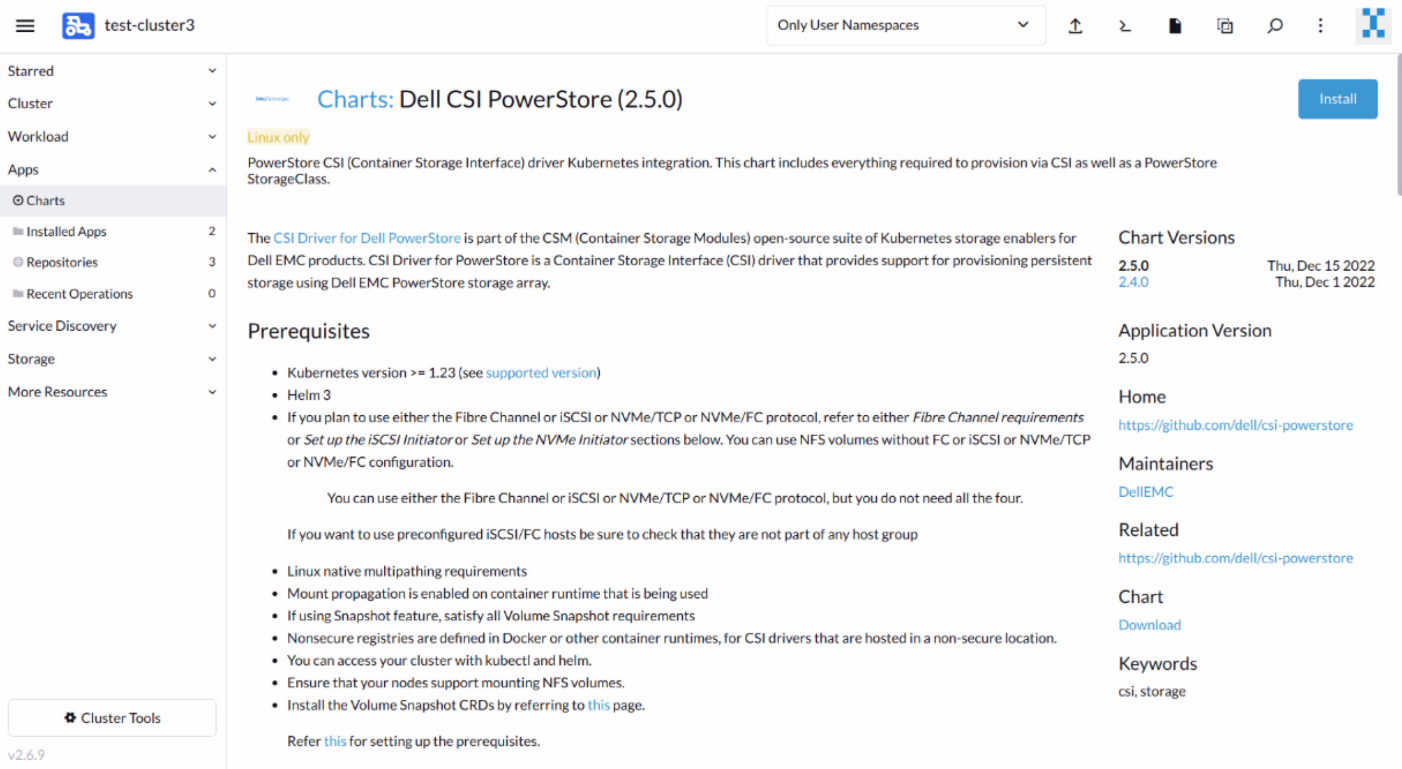 Select the appropriate namespace (csi-powerstore or unity) for the corresponding driver.

When the installation starts, you can monitor its progress in Rancher and observe the different resources being created and started. The UI also offers easy access to the resource log files to help troubleshooting issues during the installation.

5.  Before using the CSI driver to provision Dell storage, we need to create StorageClasses that define which storage array to use and their attributes. The StorageClasses are used in Persistent Volumes to dynamically provision persistent storage. 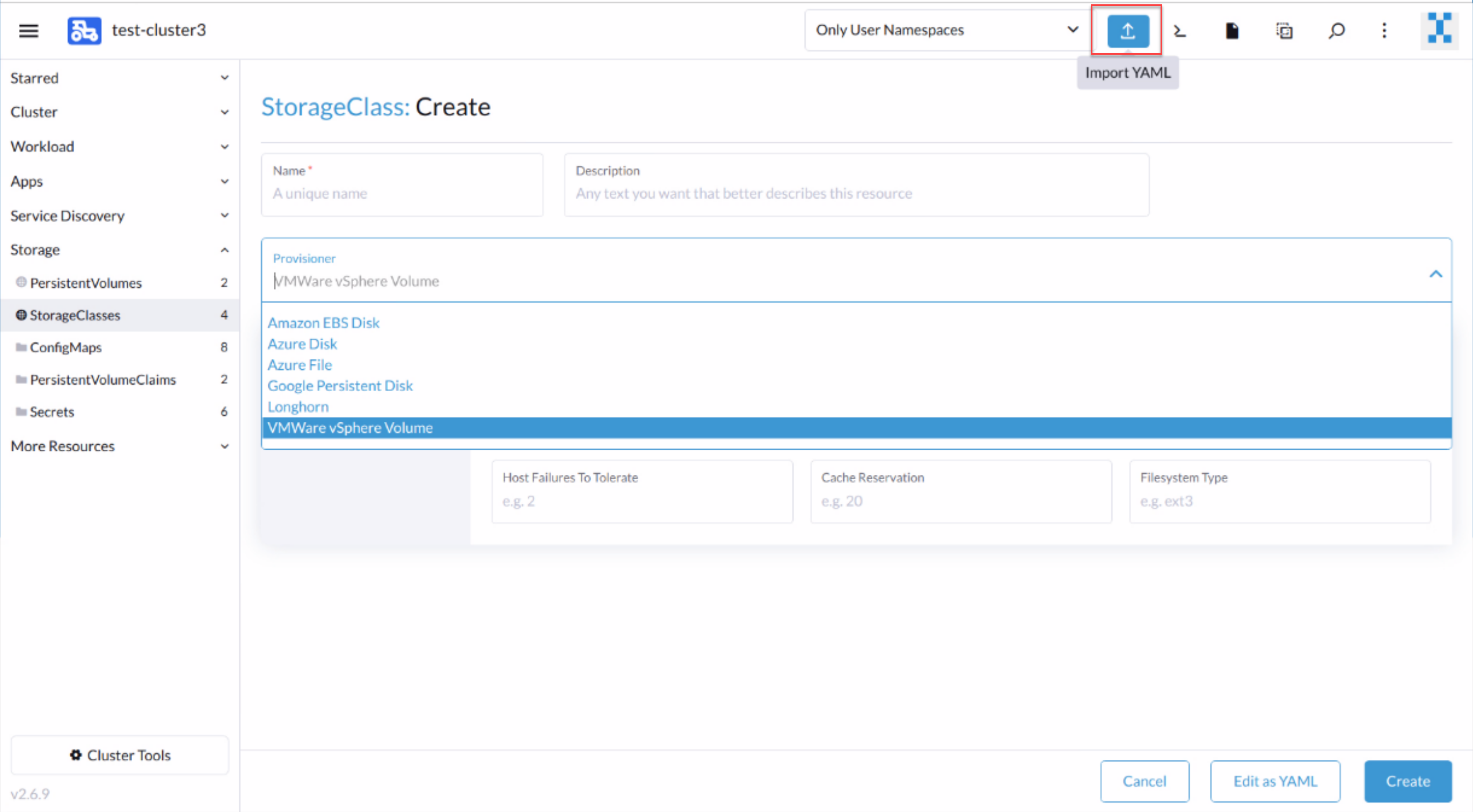 Congratulations! You have now deployed the Dell CSI driver in a Kubernetes Cluster using Rancher and are ready to provision persistent storage for the cluster applications.

Deploying and managing Dell CSI drivers on multiple Kubernetes clusters is made simple with Rancher. Dell storage systems are ideal storage platforms for containers to satisfy the need for flexible, scalable, and highly efficient storage. The powerful features of Rancher streamline the deployment and operation of Kubernetes clusters with unified management and security. 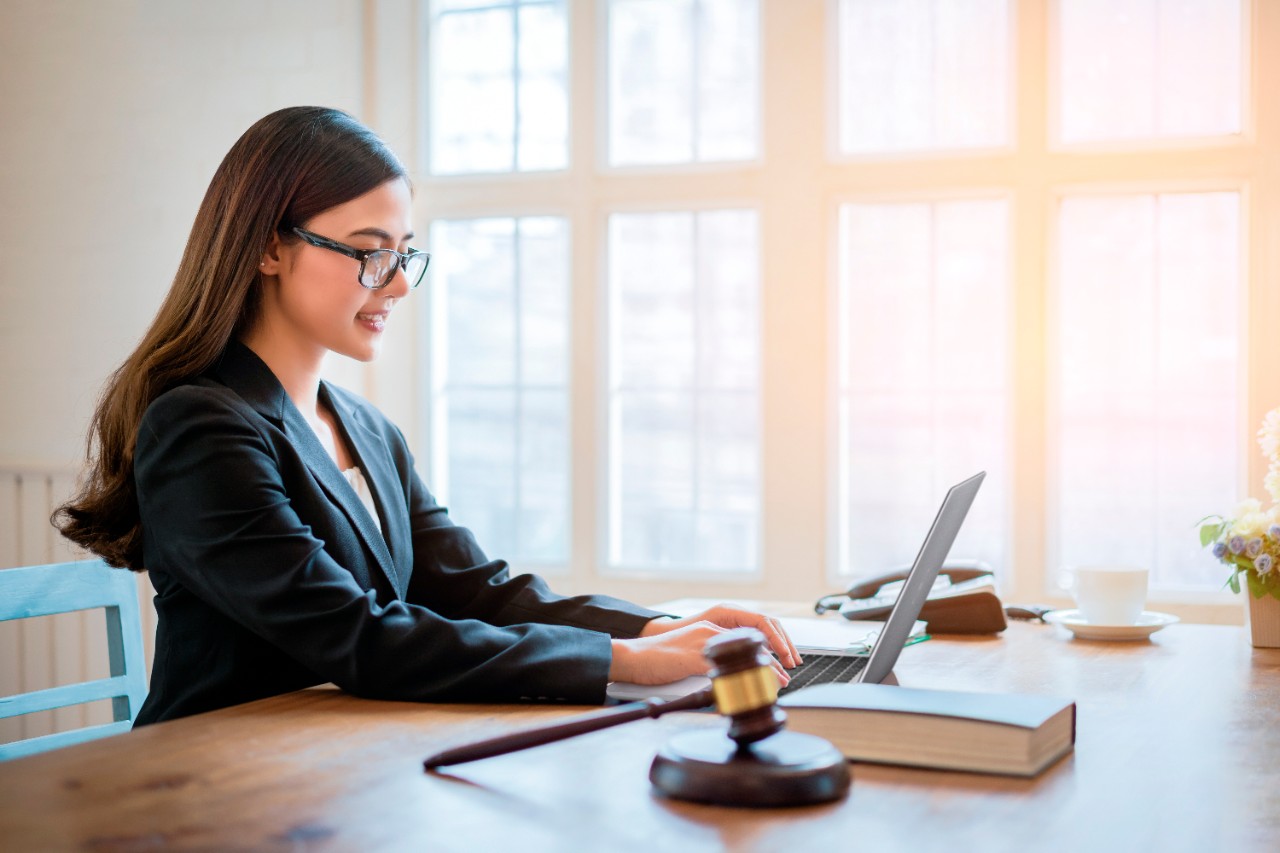 Did you know that Dell Unity had a new software release on April 29, 2022? No? With all the hype of Dell Technologies World 2022, which included a number of new products, software, and company partnership announcements, Dell Unity may have flown under the radar with one of the most important software updates in its history. But fear not, I have you covered. This software release delivers several important storage technologies designed to simplify how users address capacity expansion and recover data faster, expand disaster recovery topologies, increase storage utilization, and cost-effectively upgrade Dell Unity XT systems while lowering capital and operating expenses. The following sections highlight the updates in this release.

So, you purchased a Unity XT 480/F or 680/F system, but now it’s under-sized and handling more than you planned for. With storage architects and administrators trying to do more with less, it is not uncommon that new requirements come up and a storage system is pushed to its limits. Whether you are maxing out performance and capacity, or are looking for higher limits, a data-in-place (DIP) conversion may be just what is needed.

During an online upgrade, one Storage Processor (SP) is replaced at a time. All hosts/servers that are configured with high availability can remain online and run I/O to the system. This procedure closely mimics a software non-disruptive upgrade where one SP is upgraded at a time. An offline DIP upgrade needs to occur during complete application downtime. Although the system is offline, this upgrade process does complete faster because both storage processors are replaced at the same time. After completing the upgrade, the model will be seen in Unisphere, Unisphere CLI, and REST API as the new model, as if it came from the factory.

Performance is always impacted by the slowest component in an environment, almost like the weakest link in a chain. For some, infrastructure within an environment may be upgraded, leaving the storage system limited due to its current configuration. Do you have your Unity XT 16Gb Fibre Channel front end ports connected to a 32Gb switch? If your answer is Yes, then why not upgrade the storage too? OE version 5.2 supports upgrading 16Gb Fibre Channel modules in existing Unity XT systems to the 32Gb Fibre Channel modules.

What used to be a non-data-in-place conversion can now be achieved through a new service script without impacting the data on the system. During the upgrade procedure, the Fibre Channel I/O modules are upgraded in an NDU manner. One Fibre Channel module is replaced in one storage processor, while any I/O to the system is serviced by the peer SP. After the upgrade is complete and the system is utilizing the new 32 Gb I/O modules and SFPs, the front end ports on the Unity XT system are no longer the weakest link.

Dell Unity hybrid systems continue to be a compelling storage solution for small to mid-size enterprises, supporting general purpose workloads that don’t need the speed and low latency of All Flash or NVMe architectures. The following are software enhancements for hybrid systems in OE version 5.2.

Dynamic pools were first introduced in OE version 4.2 for All Flash systems. This pool type drops the traditional pool RAID Group based configuration in favor of advanced RAID techniques and distributed sparing. Dynamic pools allow for better storage utilization than the previous pool type, and more simplified planning. Users no longer need to add multiples of drive sets to achieve a particular capacity. In most cases, a dynamic pool can be expanded with a single drive.

Just like my youngest child watching his older brother do things he can’t, hybrid systems have been left wondering when it will be their turn. With OE version 5.2, the time has come. In OE version 5.2, dynamic pools can be created on any hybrid flash system, not just Unity XT if that is what you are thinking. A dynamic pool can also be a single drive type or include multiple drive types just like their traditional pool counterparts. For each drive type within a dynamic pool, a minimum drive count is required, but expanding an existing tier with a single drive is possible in most situations. Dynamic pools also support FAST VP and FAST Cache on hybrid systems.

Do you have a hybrid Unity XT system and could use some extra capacity? What if I told you, it’s free? While I can’t send you free drives through a blog, I can let you know that data reduction and advanced deduplication are now supported on hybrid pools within hybrid model Unity XT systems.

To support Data Reduction, the pool must contain a flash tier whose total usable capacity meets or exceeds 10% of the total pool capacity. Once the system is running OE version 5.2, you can enable data reduction with and without advanced deduplication on existing resources or new resources. The pool type can also either be traditional or dynamic. 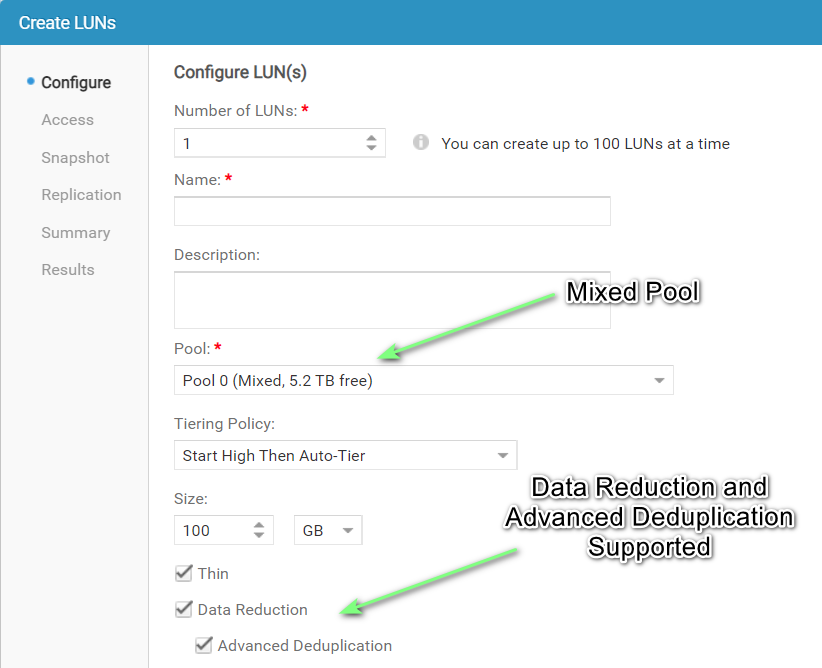 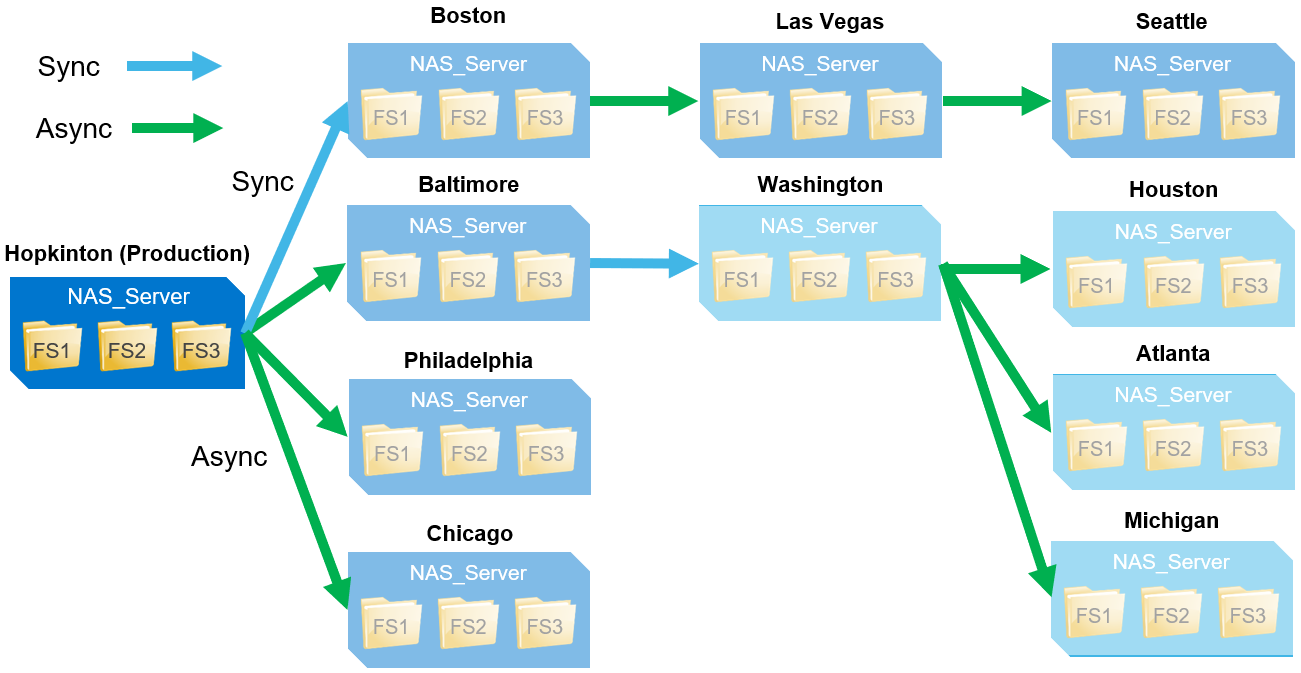 Have you ever had an IP address change in your environment, which required you to update each component within the environment that used it? I have, and even though I only use a test lab, it still caused me heartburn. Depending on the environment, the changes required can be a long and tedious process.

In OE version 5.2, an update to LDAP can save you some time in the future. Now when configuring LDAP server addresses manually on a NAS Server, users can either enter the LDAP server IP or Fully Qualified Domain Name (FQDN). By entering the FQDN, an IP change on the LDAP server no longer requires changing the LDAP configuration on each NAS server. The NAS server automatically picks up the new IP using DNS. Taking the time to update an existing configuration can save a bunch of time in the future, especially when the change needs to occur late at night or on weekends. 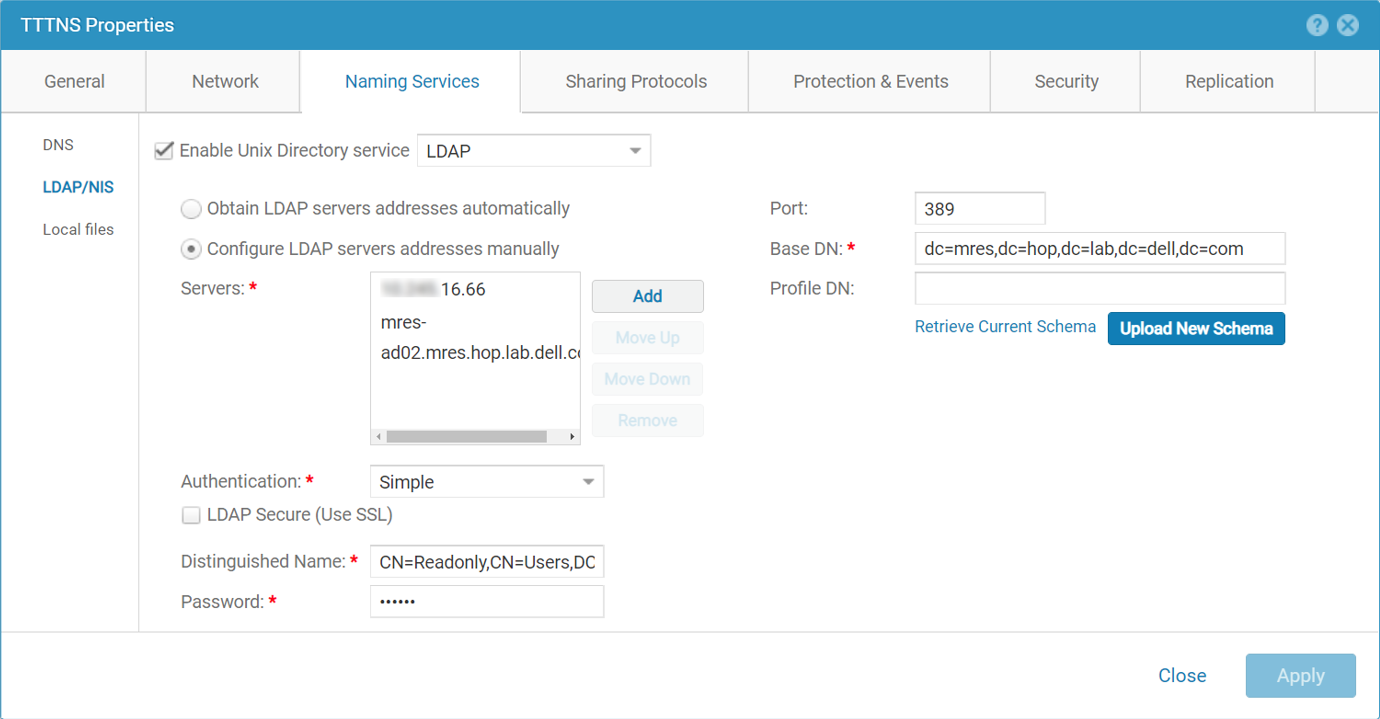 I’ve outlined just a few of the major features in the Dell Unity OE version 5.2 release. For more information about other features in this release, check out these resources: