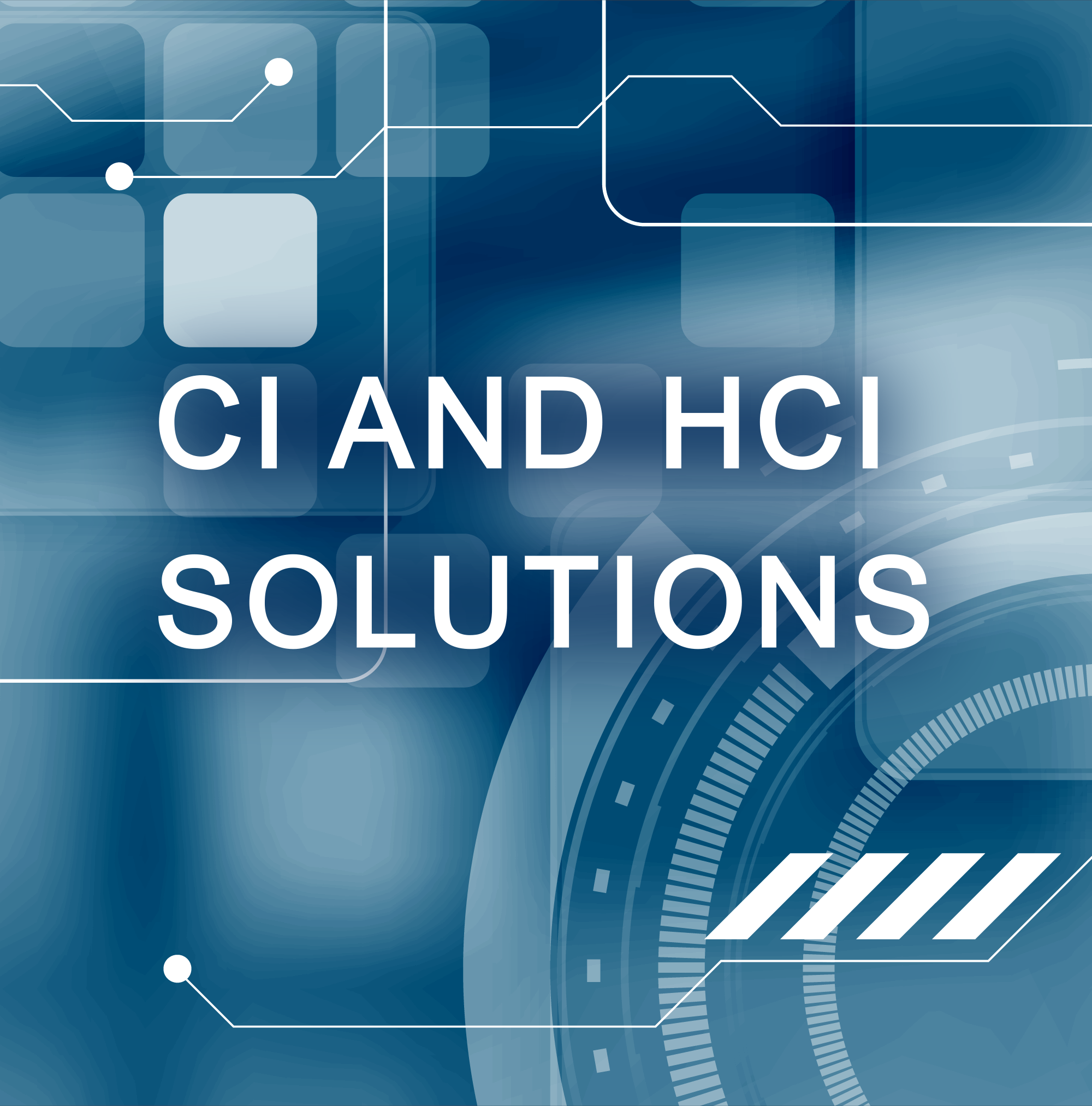 Hyperconverged infrastructure integrates compute, storage, and networking to simplify infrastructure deployment and operations. This Tech Bytes podcast, sponsored by Dell Technologies, examines an Azure Stack HCI offering from Dell. Dell worked with Intel and Microsoft to optimize the performance and scale of the Azure Stack platform, including the use of Intel Optane persistent memory. 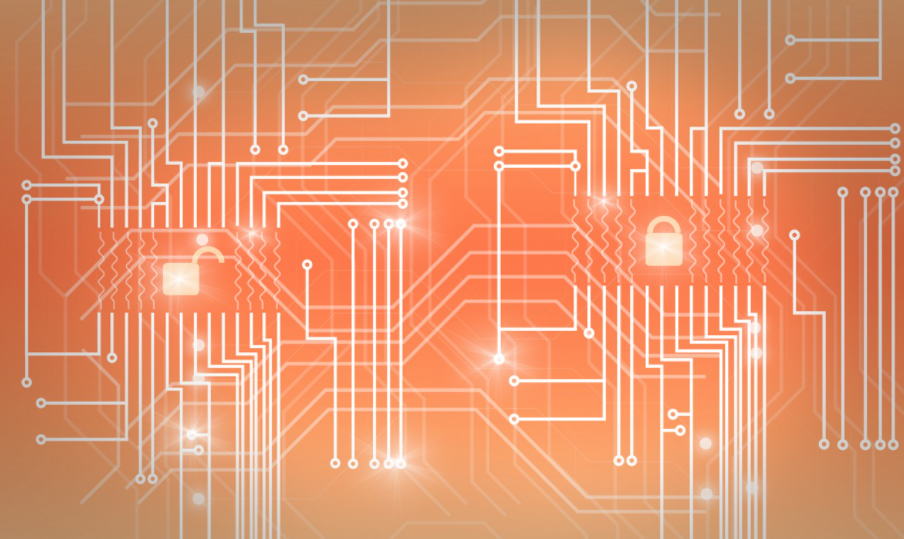 Modern IT applications have a broad range of performance requirements. Some of the most demanding applications use Online Transactional Processing (OLTP) database technology. Typical organizations have many mission critical business services reliant on workloads powered by these databases. Examples of such services include online banking in the financial sector and online shopping in the retail sector. If the response time of these systems is slow, customers will likely suffer a poor user experience and may take their business to competitors. Dissatisfied customers may also express their frustration through social media outlets resulting in incalculable damage to a company’s reputation.

The challenge in maintaining an exceptional consumer experience is providing databases with performant infrastructure while also balancing capacity and cost. Traditionally, there have been few cost-effective options that cache database workloads, which would greatly improve end-user response times. Intel Optane persistent memory (Intel Optane PM) offers an innovative path to accelerating database workloads.   Intel Optane PM performs almost as well as DRAM, and the data is preserved after a power cycle. We were interested in quantifying these claims in our labs with Dell EMC HCI Solutions for Microsoft Windows Server.

In our lab testing, we wanted to observe the impact on performance when Intel Optane PM was added as a caching tier to a Windows Server HCI cluster. We set up two clusters to compare.   One cluster was configured as a two-tier storage subsystem with Intel Optane PM in the caching tier and SATA Read-Intensive SSDs in the capacity tier. We inserted 12 x 128 GB Intel Optane PM modules into this cluster for a total of 1.5 TB per node.  The other cluster’s storage subsystem was configured as a single-tier of SATA Read-Intensive SSDs. With respect to CPU selection, memory, and Ethernet adapters, the two clusters were configured identically.

Volumes were created using three-way mirroring for the best balance between performance and resiliency. Three-way mirroring protects data by enabling the cluster to safely tolerate two hardware failures. For example, data on a volume would be successfully preserved even after the simultaneous loss of an entire node and a drive in another node.

Intel Optane PM has two operating modes – Memory Mode and App Direct Mode. Our tests used App Direct Mode. In App Direct Mode, the operating system uses Intel Optane PM as persistent memory distinct from DRAM. This mode enables extremely high performing storage that is byte-addressable-like, memory coherent, and cache coherent. Cache coherence is important because it ensures that data is a uniformly shared resource across all nodes. In the four-node Windows Server HCI cluster, cache coherence ensured that when data was read or written from one node that the same data was available across all nodes. 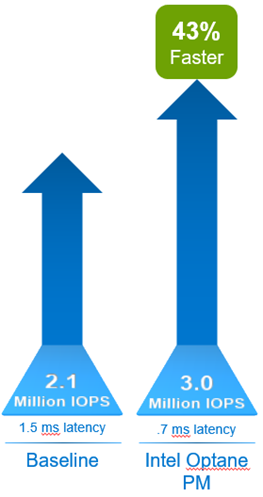 When exploring storage responsiveness, testing large block read and write requests is also important. Data warehouses and decision-support systems are examples of workloads that read larger blocks of data. For this testing, we used 512 KB block sizes and sequential reads as part of the VMFleet testing. This test provided insight into the ability of Intel Optane PM cache to improve storage system throughput. 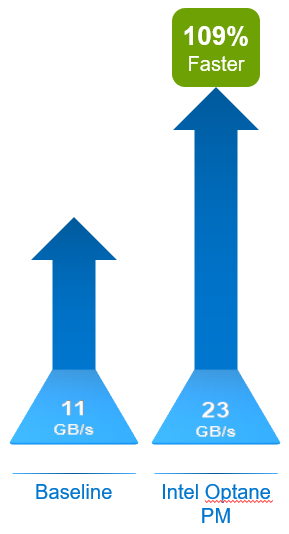 Overall, the VMFleet tests were impressive. Both Windows Server HCI configurations had 40 SSDs across the four nodes for approximately 76 TB of performant storage. To accelerate the entire cluster required 12 Intel Optane PM 128 GB modules per server for a total of 48 modules across the four nodes. Test results show that both OLTP and data-warehouse type workloads would exhibit significant performance improvements.

The configuration presented in this lab testing scenario will not be appropriate for every application. Any Windows Server HCI solution must be properly scoped and sized to meet or exceed the performance and capacity requirements of its intended workloads. Work with your Dell Technologies account team to ensure that your system is correctly configured for today’s business challenges and ready for expansion in the future. To learn more about Microsoft HCI Solutions from Dell Technologies, visit our Info Hub page. 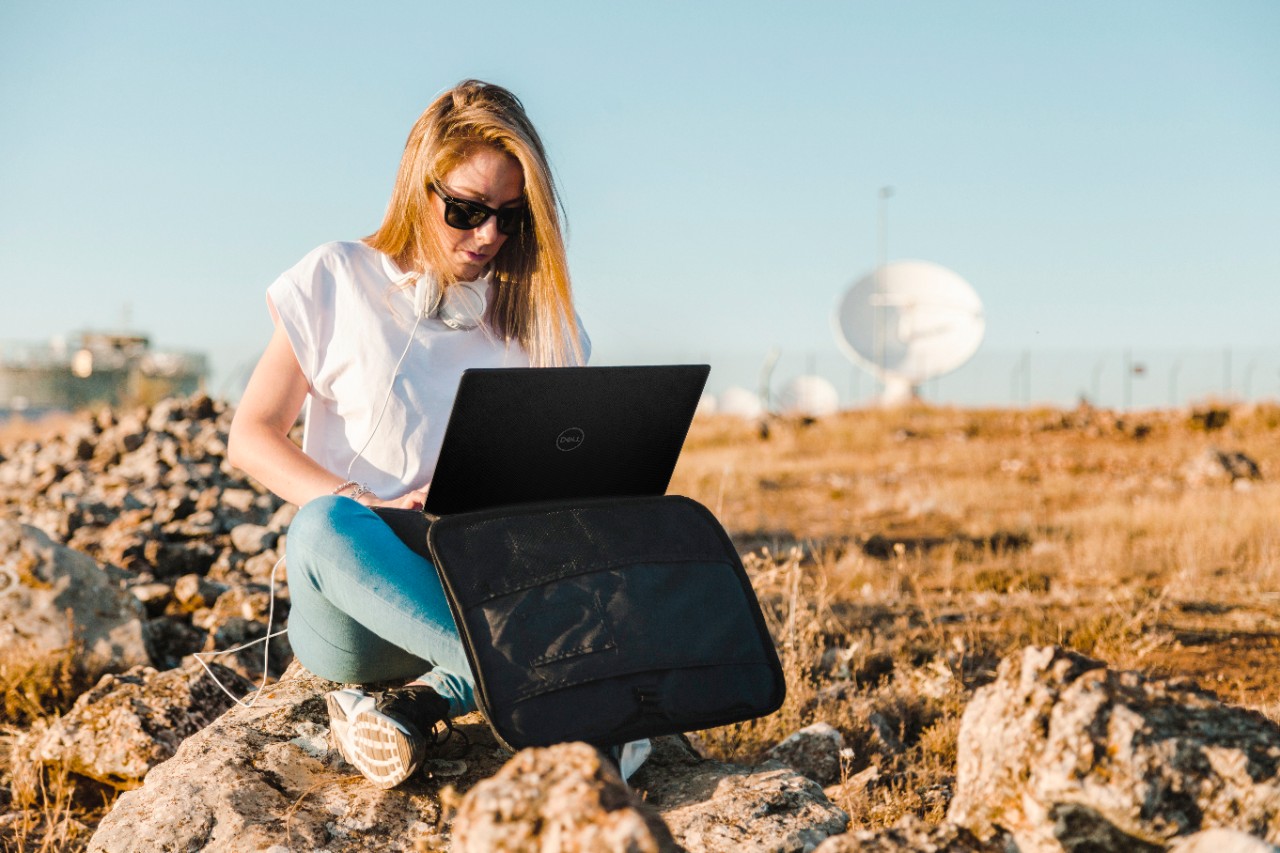 I feel the need – the need for speed (and endurance): Intel Optane edition

It has only been three short months since we launched VxRail on 15th Generation PowerEdge, but we're already expanding the selection of configuration offerings. So far we've added 18 additional processors to power your workloads, including some high frequency and low core count options. This is delightful news for those with applications that are licensed per core, an additional NVIDIA GPU - the A30, a slew of additional drives, and doubled the RAM capacity to 8TB. I've probably missed something, as it can be hard to keep up with the all the innovations taking place within this race car that is VxRail!

In my last blog, I hinted at one of those drive additions, faster cache drives. Today I'm excited to announce that you can now order, and turbo charge your VxRail with the 400GB or 800GB Intel P5800X – Intel’s second generation Optane NVMe drive. Before we delve into some of the performance numbers, let’s discuss what it is about the Optane drives that makes them so special. More specifically, what is it about them that enables them to deliver so much more performance, in addition to significantly higher endurance rates. 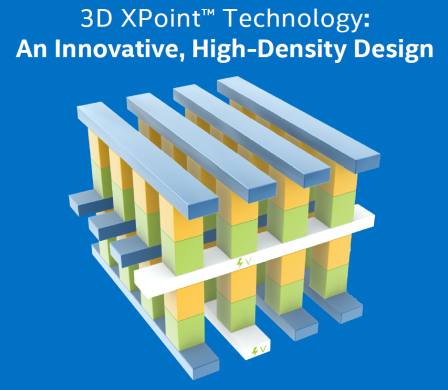 To grossly over-simplify it, and my apologies in advance to the Intel engineers who poured their lives into this, when writing to NAND flash an erase cycle needs to be performed before a write can be made. These erase cycles are time-consuming operations and the main reason why random write IO capabilities on NAND flash is often a fraction of the read capability. Additionally, a garbage collection is running continuously in the background to ensure that there is space available to incoming writes. Optane, on the other hand, does bit-level write in place operations, therefore it doesn’t require an erase cycle, garbage collection, or performance penalty writes. Hence, random write IO capability almost matches the random read IO capability. So just how much better is endurance with this new Optane drive? Endurance can be measured in Drive Writes Per Day (DWPD), which measures how many times the drive's entire size could be overwritten each day of its warranty life. For the 1.6TB NVMe P5600 this is 3 DWPD, or 55 MB per second, every second for five years – just shy of 9PB of writes, not bad. However, the 800GB Optane P5800X will endure 146PB over its five-year warranty life, or almost 1 GB per second (926 MB/s) every second for its five year 100 DWPD warranty life. Not quite indestructible, but that is a lot of writes, so much so you don’t need extra capacity for wear leveling and a smaller capacity drive will suffice.

You might wonder why you should care about endurance, as Dell EMC will replace the drive under warranty anyway – there are three reasons. When a cache drive fails, its diskgroup is taken offline, so not only have you lost performance and capacity, your environment is taking on the additional burden of a rebuild operation to re-protect your data. Secondly, more and more systems are being deployed outside of the core data center. Replacing a drive in your data center is straightforward, and you might even have spares onsite, but what about outside of your core datacenter? What is your plan for replacing a drive at a remote office, or a thousand miles away? What if that remote location is not an office but an oilrig one hundred miles offshore, or a cruise ship halfway around the world where the cost of getting a replacement drive there is not trivial? In these remote locations, onsite spares are commonplace, but the exceptions are what lead me to the third reason, Murphy's Law. IT and IT staffing might be an afterthought at these remote locations. Getting a failed drive swapped out at a remote location which lacks true IT staffing may not get the priority it deserves, and then there is that ever present risk of user error... “Oh, you meant the other drive?!? Sorry...”

Cache in its many forms plays an important role in the datacenter. Cache enables switches and storage to deliver higher levels of performance. On VxRail, our cache drives fall into two categories, SAS and NVMe, with NVMe delivering up to 35% higher IOPS and 14% lower latency. Among our NVMe cache drive we have two from Intel, the 1.6TB P5600 and the Optane P5800X, in 400GB and 800GB capacities. The links for each will bring you to the drive specification including performance details. But how does the performance at a drive level impact performance at the solution level? Because, at the end of the day that is what your application consumes at the solution level, after cache mirroring, network hops, and the vSAN stack. Intel is a great partner to work with, when we checked with them about publishing solution level performance data comparing the two drives side-by-side, they were all for it.

In my over-simplified explanation above, I described how the write cycle for Optane drives is significantly different as an erase operation and does not need to be done first. So how does that play out in a full solution stack? Figure 1 compares a four node VxRail P670F cluster, running a 100% sequential write 64KB workload. Not a test that reflects any real-world workload, but one that really stresses the vSAN cache layer, highlights the consistent write performance that 3D XPoint technology delivers, and shows how Optane is able to de-stage cache when it fills up without compromising performance.

When we look at performance, there are two numbers to keep in mind: IOPS and latency. The target is to have high IOPS with low and predictable latency, at a real-world IO size and read:write ratio. To that end, let’s look at how VxRail performance differs with the P5600 and P5800X under OLTP32K (70R30W) and RDBMS (60R40W) benchmark workload, as shown in Figure 2.

It doesn't take an expert to see that with the P5800X this four node VxRail P670F cluster's peak performance is significantly higher than when it is equipped with the P5600 as a cache drive. For RDBMS workloads up to 44% higher IOPS with a 37% reduction in latency. But peak performance isn't everything. Many workloads, particularly databases, place a higher importance on latency requirements. What if our workload, database or otherwise, requires 1ms response times? Maybe this is the Service Level Agreement (SLA) that the infrastructure team has with the application team. In such a situation, based on the data shown, and for a OLTP 70:30 workload with a 32K block size, the VxRail cluster would deliver over twice the performance at the same latency SLA, going from 147,746 to 314,300 IOPS.

In the datacenter, as in life, we are often faced with "Good, fast, or cheap. Choose two." When you compare the price tag of the P5600 and P5800X side by side, the Optane drive has a significant premium for its good and fast. However, keep in mind that you are not buying an individual drive, you are buying a full stack solution of several pieces of hardware and software, where the cost of the premium pales in comparison to the increased endurance and performance. Whether you are looking to turbo charge your VxRail like a racecar, or make it as robust as a tank, Intel Optane SSD drives will get you both.